Picture this: You’re sitting around relaxing, scrolling through Instagram, when suddenly you see a post from a writer friend: “So excited! Just signed on with my dream agent! Woo-hoo!!!” Instantly, your stomach drops and you feel slightly nauseous, and then two seconds later you feel guilty as hell. There’s no denying it, you’re jealous, even though you wish so badly that you weren’t. You genuinely DO want to be happy for your friend. But if that’s true, then why does her writing success feel so awful?

Then, you try to find something to distract yourself. You check your email and find a newsletter from another writer, someone you don’t know personally but whom you admire. Their latest book just won a prestigious award, and again, you get that sinking feeling in your gut. You’ve been dreaming of such an honor for years, and yet, here you still are, slogging away on a half-finished novel, with no end in sight, much less any awards coming your way.

And again, you feel that awful mix of envy and shame that just makes you want to crawl into a hole and never come out again.

I call this the “not-good-enough hole.”

The not-good-enough hole is the place we go when it feels like we are totally unlovable. It’s usually triggered by the accomplishments of others, but the success of other people is not at the root of what sends us there. Because even though it might seem to be all about envy—on the surface, at least—it’s actually about fear. It’s not just that we want what the other person has, the award or the agent or whatever it is they’ve accomplished, it’s that we want to have that thing because to NOT have it makes us feel like we are a failure.

For a writer, this means that when someone else gets a publishing deal while you’ve been spending months or years sending queries with no success, psychologically it doesn’t just feel like the other person succeeded. It feels like YOU have been rejected.

That’s because the ego only sees things in states of black-and-white and doesn’t allow for shades of gray. So, the ego can only see that someone else succeeded where you have failed. That someone else’s book was good enough when yours wasn’t. The ego is blind to all of the complex circumstances that factor into any given situation. For instance, the possibility that the agent could have been looking for a story that with a particular feature that the other writer’s book included and that yours didn’t. Or simply that the agent felt like they could sell the topic of the other person’s novel better due to their own experience in the field.

The reality is that most of the time we actually don’t know why our query wasn’t answered, why our book isn’t selling as well as we would like, why we didn’t get as many responses as we were expecting on our article. There is no way we can know these things, the best we can do is make an educated guess.

That would be fine, as long as we keep our educated guessing in the realm of what’s logical and we don’t let our ego get involved. Because the first thing that happens to most writers when they have any sort of discouraging writing experience is that they allow the ego to come in and dictate possible scenarios of what’s going on, and that’s when they give their power away. If you give your power away to the ego, you will always end up in misery, because the ego is never happy, is constantly upset, and is determined never to be vulnerable.

So, when you hear the news that a writing friend has just experienced a bit of success and you get that icky feeling of envy and resentment, slow yourself down and look at where your energy is going. Specifically, what is the voice inside your head telling you? What are the emotions you’re feeling? Most of the time it will be some variation of “You’ll never be good enough,” paired with fear and/or shame.

When you identify this toxic cocktail swirling around in your mind, slow down even more. A big mistake writers make in this state is trying to over-correct themselves to get out of it, because it feels so unpleasant. So, they may try to pump themselves up with confidence and convince themselves they don’t care at all about their friend’s success. This is not helpful for moving the energy because it’s not actual processing, it’s avoidance. We don’t want to gloss over our true emotions using the façade of high self-esteem, because that façade will soon fall apart.

Instead, we want to acknowledge the emotions and let them be there. Then we want to dig. The essential question to ask in this situation is: What am I afraid of here? What feels like the threat to me in this situation? And then sit with those answers. Don’t try to shift the feelings or talk yourself out of the truth or get away from it. Just take it in as information and acknowledge that this IS your truth.

This method of being with the feelings instead of doing something about them might sound weird, but it’s really the only way to get out of the not-good-enough hole. Because the harder you fight to get out of it by avoiding the truth, the deeper you fall in. It’s like trying to crawl up a wall made of sand. Only by sitting and accepting the hole for what it is—and then digging in even deeper to find the truth of your fears—can you ever come out on the other side, back into the light.

When you dig even deeper into yourself to find the source of your pain, you also develop your own talent for transmuting it into something beautiful. And that’s part of the writing journey too.

Republished with permission by the author. Click here to view the original.

Lauren Sapala is the author of The INFJ Writer, The INFJ Revolution, and the creator of YOU Are a Writer, an online video course for writers who struggle with severe procrastination and perfectionism. She is also currently offering a free copy of her book on creative marketing for INFJ and INFP writers to anyone who signs up for her newsletter. SIGN UP HERE to get your free copy of Firefly Magic: Heart Powered Marketing for Highly Sensitive Writers

How To Raise Your Vibration

Someone asked me the other day what they could do to raise their vibration and what even that actually means. We are really made of 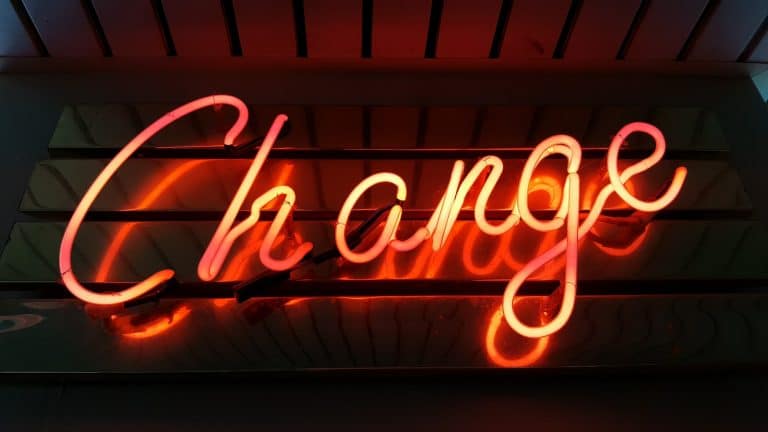 How Well Do You Handle Change?

We are living in a time when change is upon us, like it or not. There is A LOT to deal with at present- politics,

Please confirm you want to block this member.

You will no longer be able to:

Please note: This action will also remove this member from your connections and send a report to the site admin. Please allow a few minutes for this process to complete.

You have already reported this
Clear Clear All